An interactive biofeedback, videopainting and generative sound performance by Pasquale Direse.
An experiment of original narrative forms explored by the mighty of light, the design of an architecture of the interaction, the mental biofeedack, the generative sound environment and the live music.

IN-MIND is a special jam session of jazz improvisation evolving and expressing by the inner perceptive status of the performer.

Her/his mental activity becomes a complex of accompanying musical instruments and, in the same time, painter of an unconscious abstract painting.

The musician is called to improvise own fantasies on the theme generated in real time by his mental activity.

This same input generates a multimedia painting in which colors and intensities of the light traces are corresponding to specific mind-waves and so to the rhythmic activity of the brain.
An artistic experiment connecting art and science in a performative combination and a live spectacle which introduced the “Startupper School Competition” by Lazio Region at the Ambra Jovinelli Theatre in Rome. 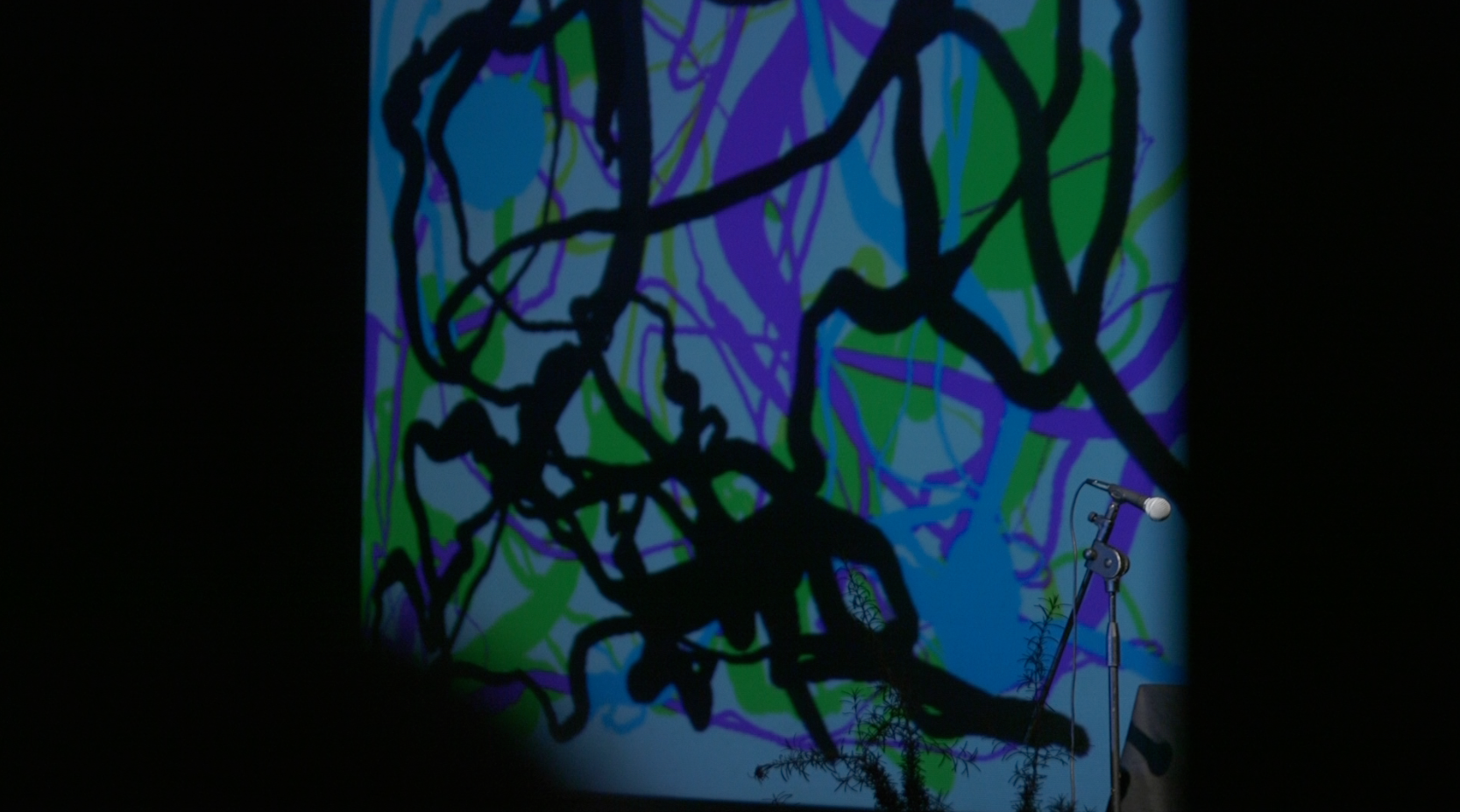 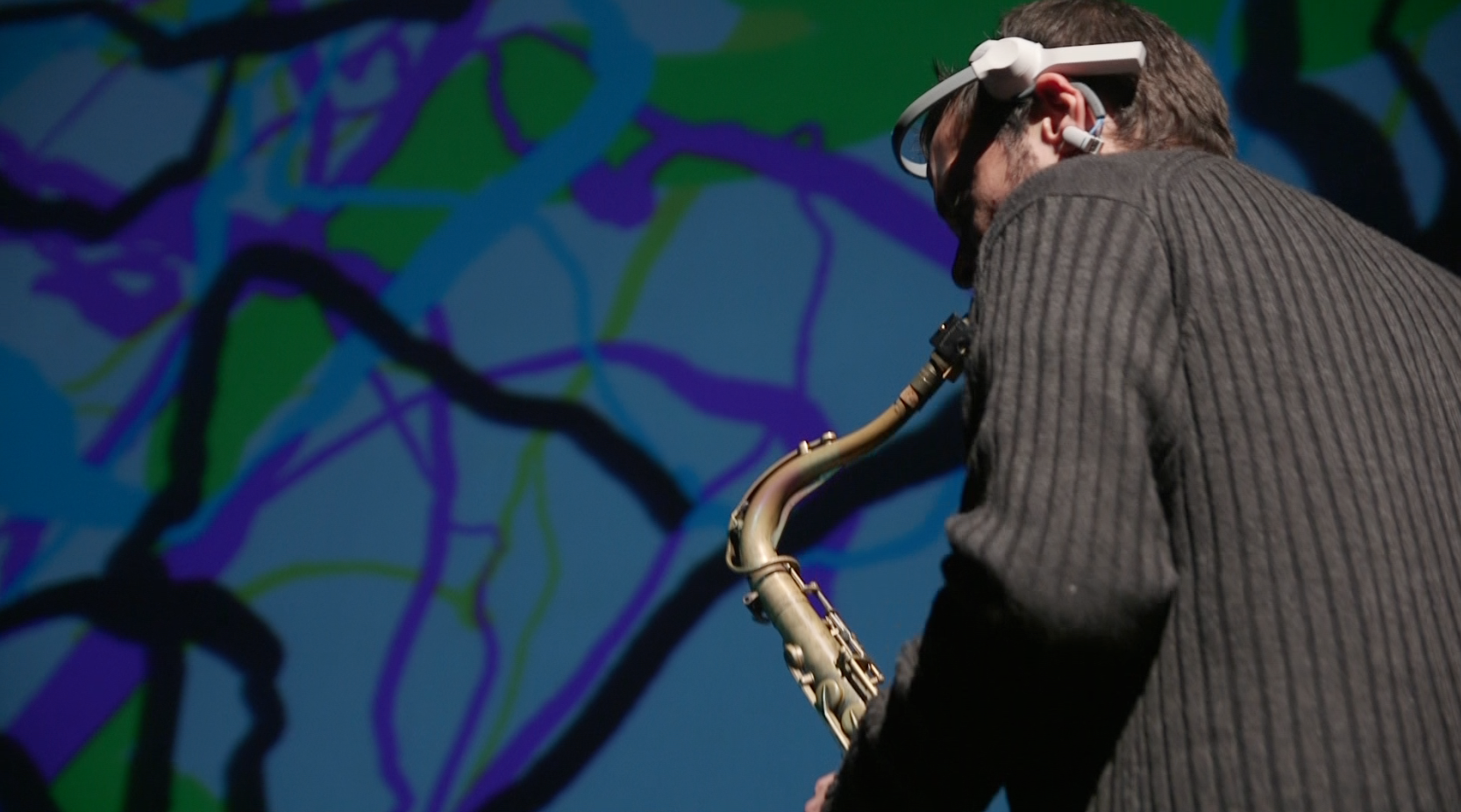 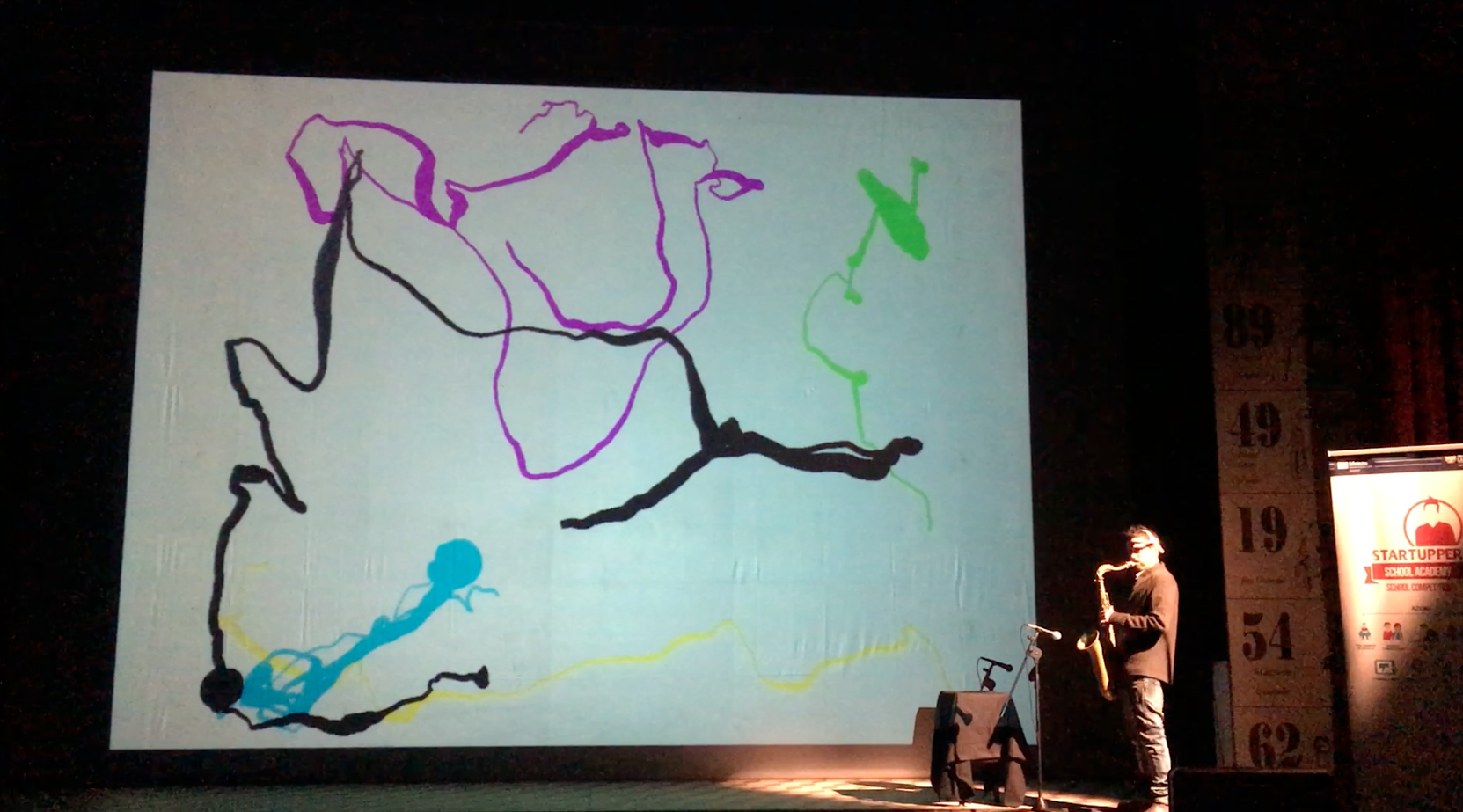