Medialize.it develops a project of performative and artistic research exploring and practicing new ways to interpret and feel the public space. Architectural Dressing means to dress the architecture by sense. The contemporary consume of concrete, rapidly become second consumable after water, imposes to brake by awereness and reflection about how to reinvent and reuse what is already available in the cities and territories we live.
The research flux named Architectural Dressing, conceived and directed by Pasquale Direse, is dedicated this time to the re-generation and enhancement of the public architectures and of the urban scene through site-specific concepts and actions for the Bourgh of Isola del Liri.
For the first time the urban space becomes an immaterial and interactive scenography expressed, through the use and manipulation of non conventional emerging media technologies, across a polymedia and multisensorial experience able to trace a the attention and the memory of the audience.
A live videoprojection mapping vjingp performance and the interactive urban installation Painteractive4Architecture by Pasquale Direse enlightened the historical facade of the Palazzo della Società Operaia di Mutuo Soccorso, the City natural Waterfall and the building in front of it, thanks to the contribute by the Municipality of Isola del Liri, dof the artist Aggeliki Tsekeni (Greece) and of the collaborators Angelo Ruta e Damiano Spina, students at the University of Catania.
The project has intented to give light to the beauty of the territory, to the poetry of the unicity represented by the Waterfall, to the surprise of new public expreriences, participative and inclusive.
To dress the architecture means, in this context, to design a media cloth, immaterial and concrete at the same time, which transforms the public space into a place of communication and narration through emotions, the collective reflection, the generation of new memory. 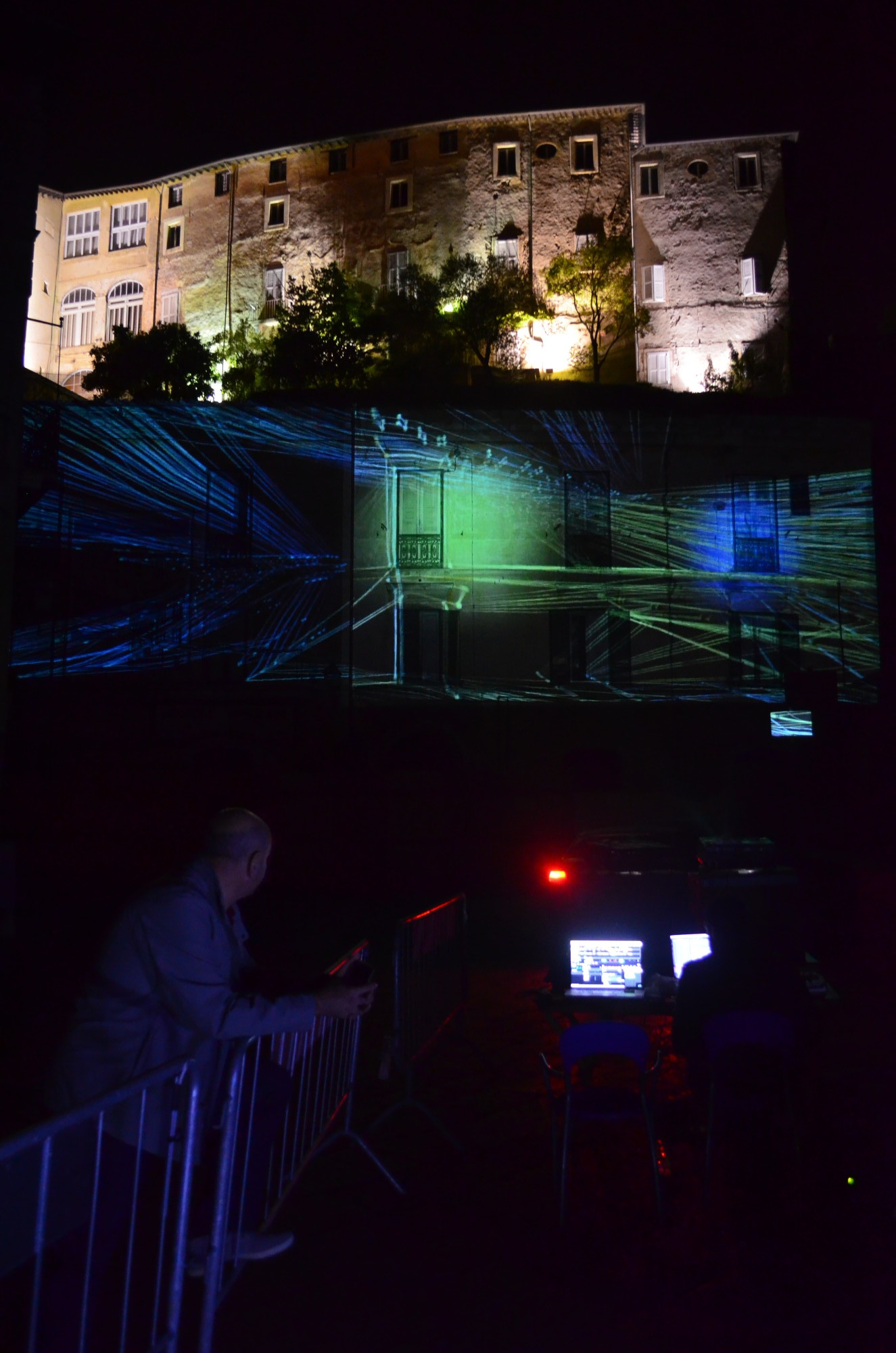 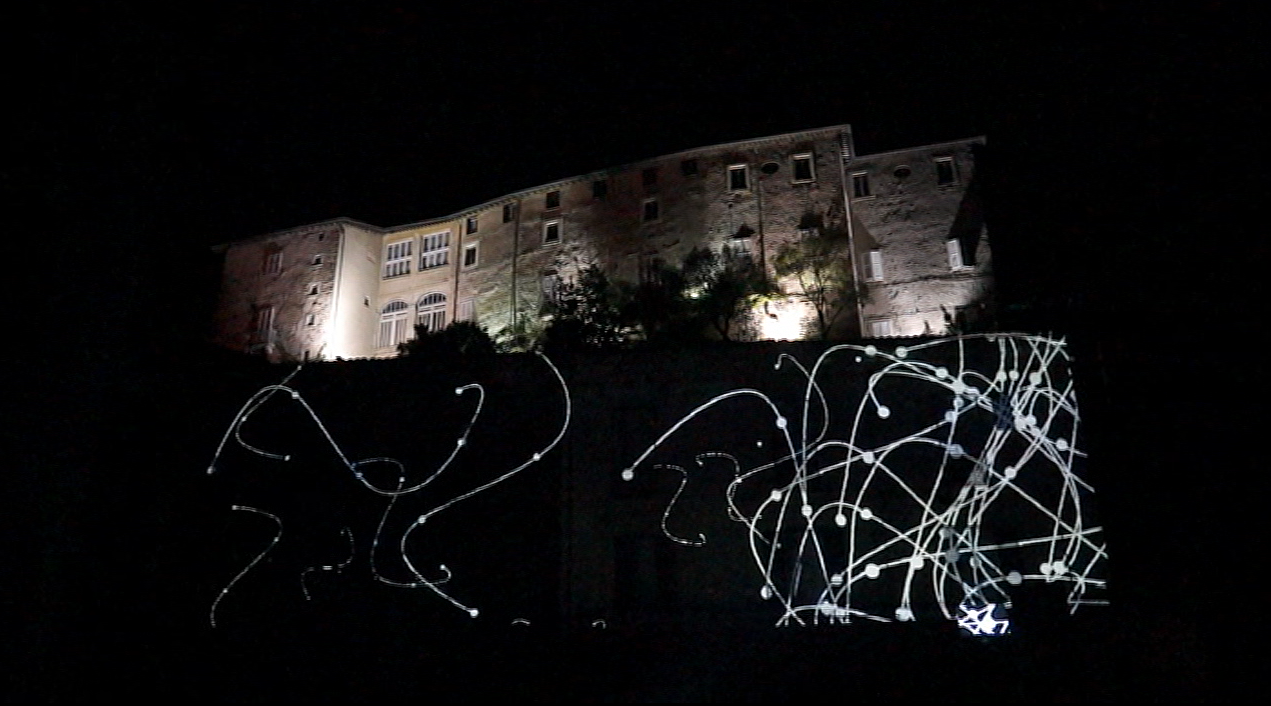 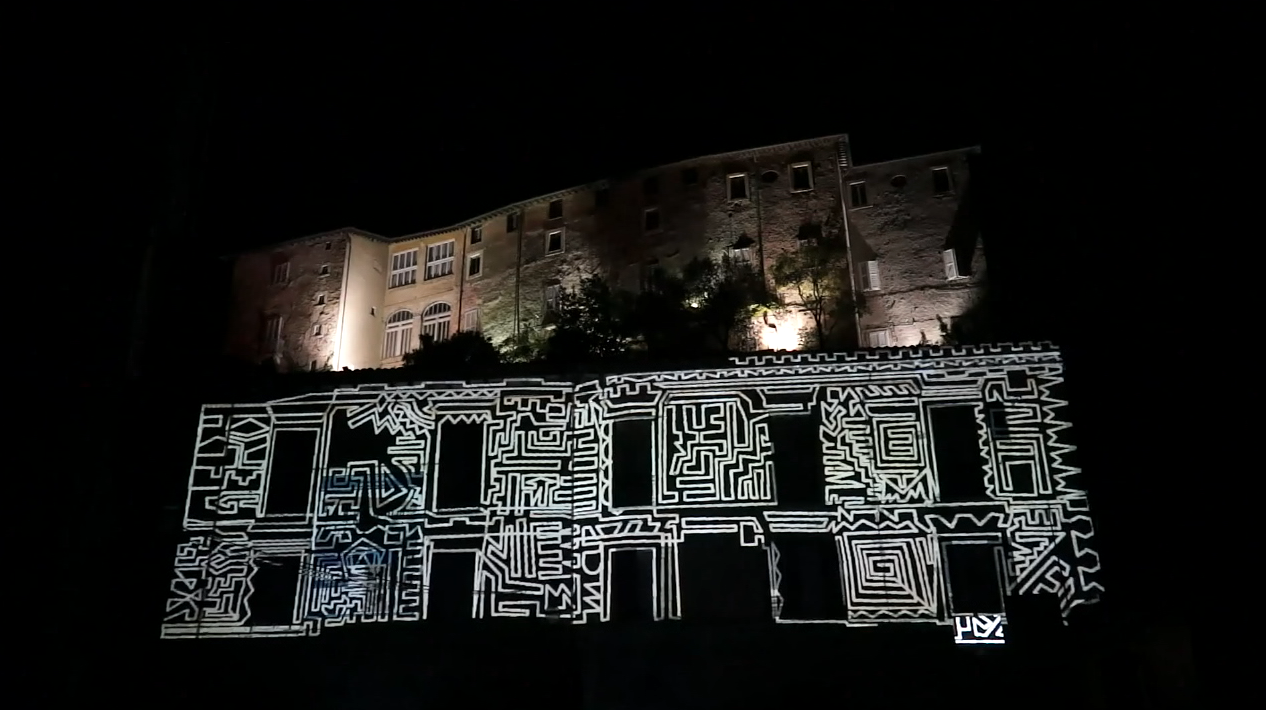 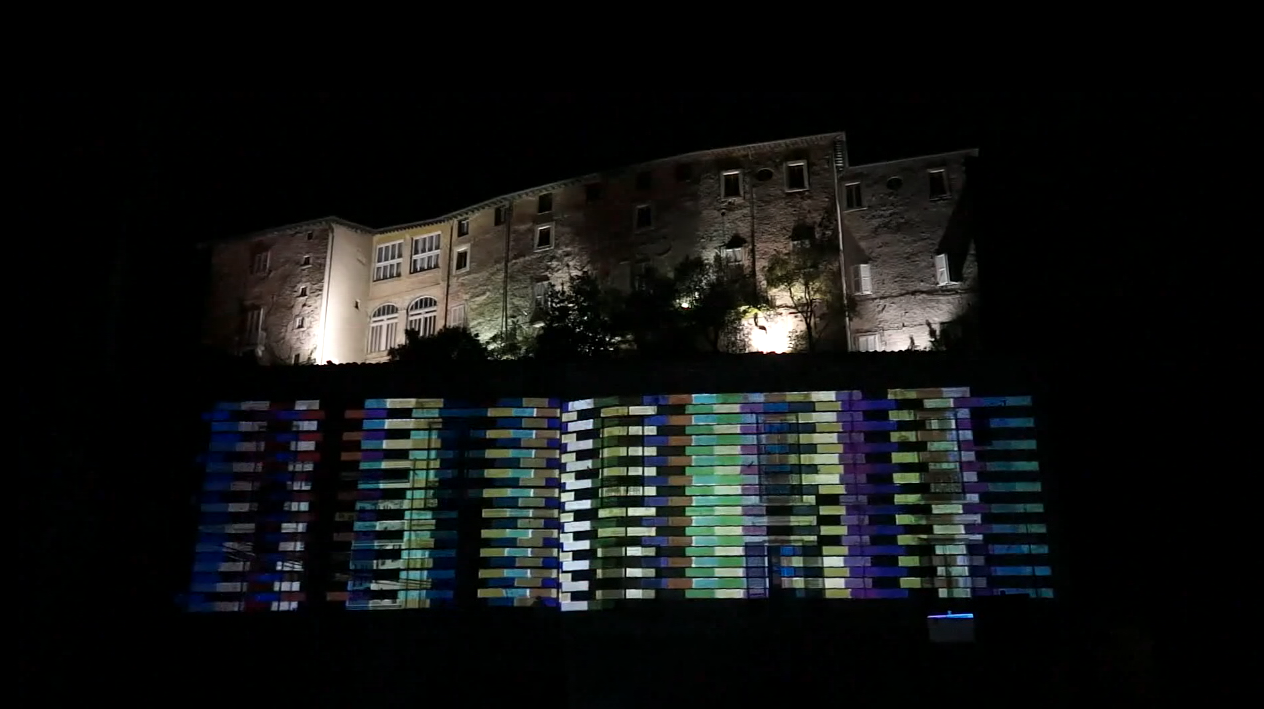 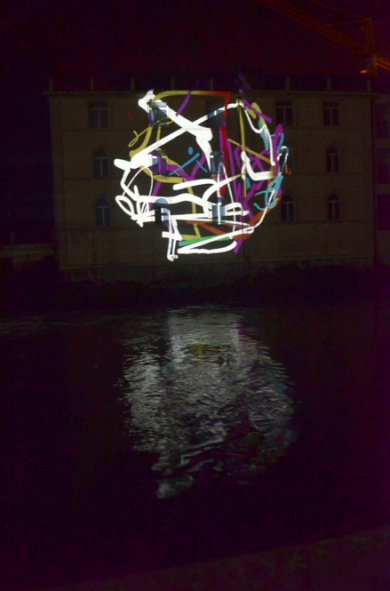 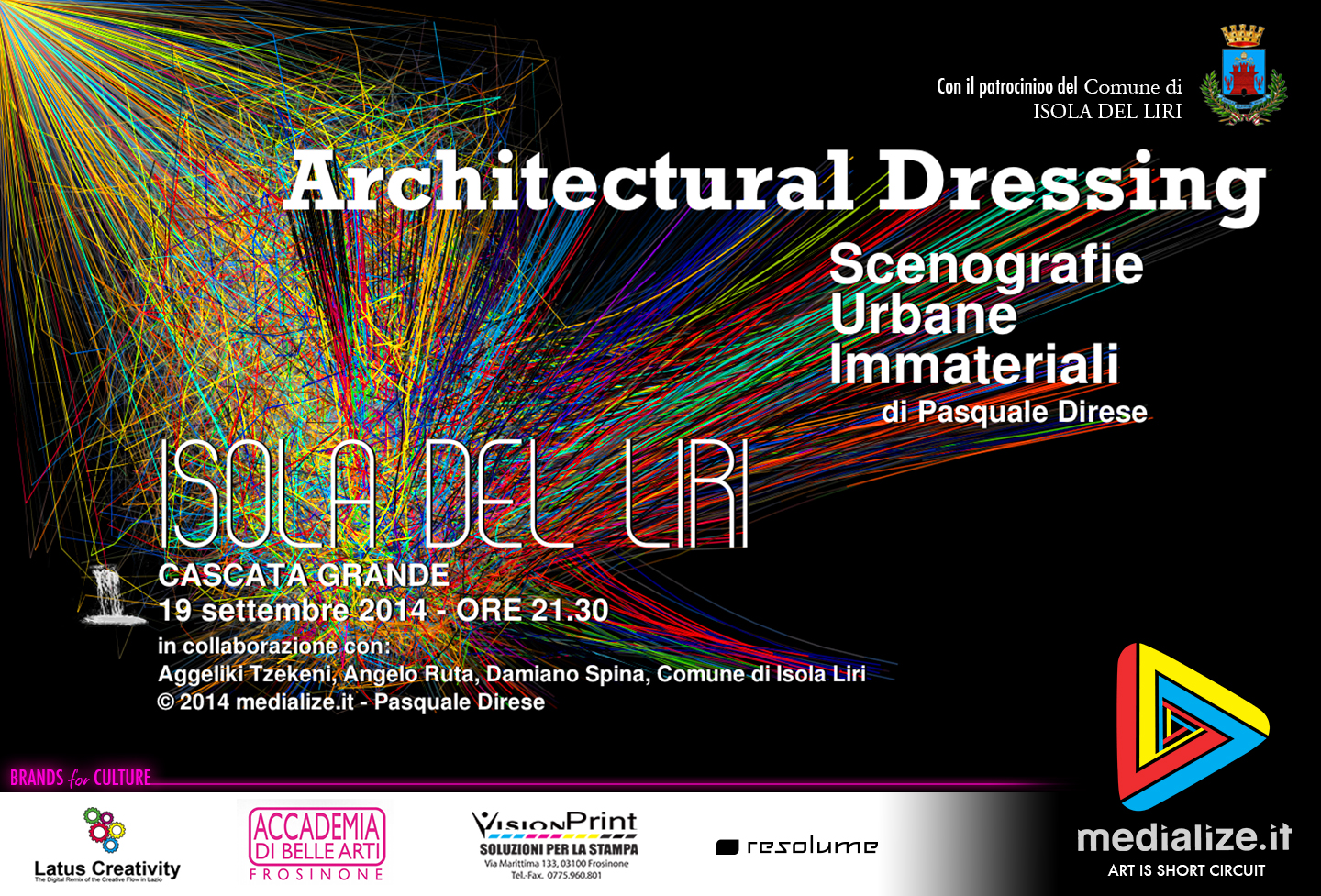